In the In-Between Editions, Vol. II

with an essay by Stephanie Amon

Landscape Sublime is the debut photobook by Anastasia Samoylova, and the second volume of In the In-Between Editions, a limited edition book series that pairs exceptional photographic projects with essays by emerging arts writers. Vol. I, Emergence by Mark Dorf, was published in October 2015.

Anastasia Samoylova (b.1984) was born and raised in Moscow, received an MA in interior design from Russian State University, and an MFA from Bradley University. By utilizing tools and strategies related to digital media and commercial photography, her work interrogates notions of environmentalism, consumerism and the picturesque. Samoylova’s work participates in the landscape photography tradition while scrutinizing the consumable products it generates. www.anastasiasamoylova.com

Stephanie Amon (b.1989) is a writer and gallerist based in the San Francisco Bay Area. Her work addresses visual literacy and cultural violence. She received her B.A. in anthropology from the University of Massachusetts Amherst. She was a curatorial research assistant in nineteenth-century photography at the Santa Barbara Museum of Art, where she delivered numerous tours and talks as a docent. She is a frequent contributor to Afterimage: The Journal of Media Arts and Cultural Criticism.  www.stephanieamon.com 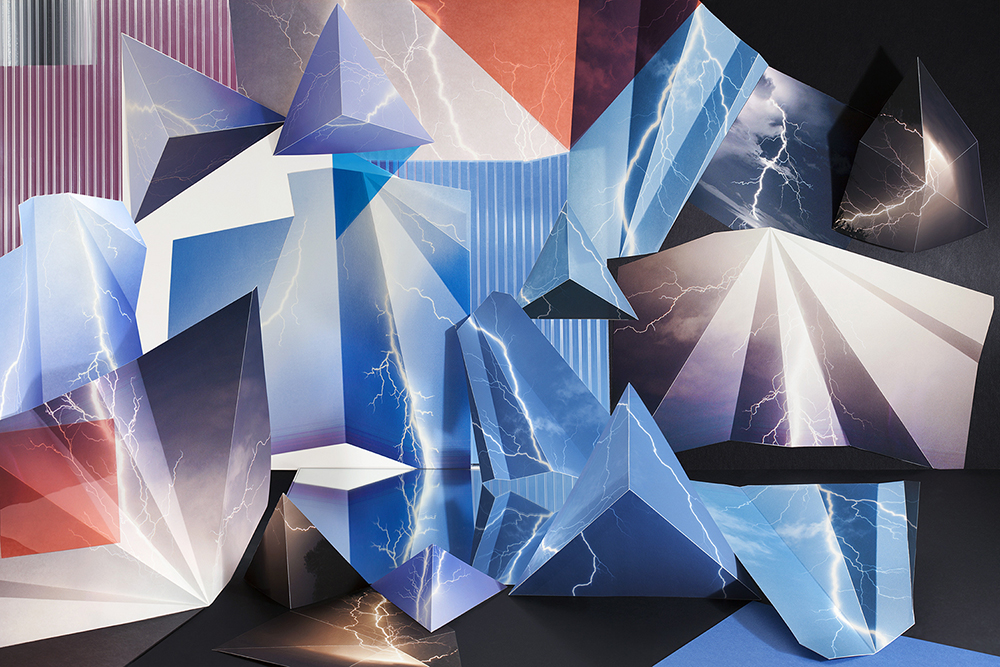 “The sublime is colonial in its central conflict about the appropriation of beauty and the conquering of nature, but also in its orientation toward the mother market. The picturesque lubricates consumerism, disseminated in the modern period on paper media, flat and shiny, and in plastics of mass appeal. The formally elaborate installations in Landscape Sublime are a material reminder that photographic saturation means contending with all that the image takes and leaves for dead.”

In the In-Between Editions, Vol. II is limited to 200 copies in its first edition, and each copy is individually signed and numbered by the artist.