Looking to the South: The Matter of Photography in the Americas

The Matter of Photography in the Americas
Iris & B. Gerald Cantor Center for Visual Arts
Stanford University 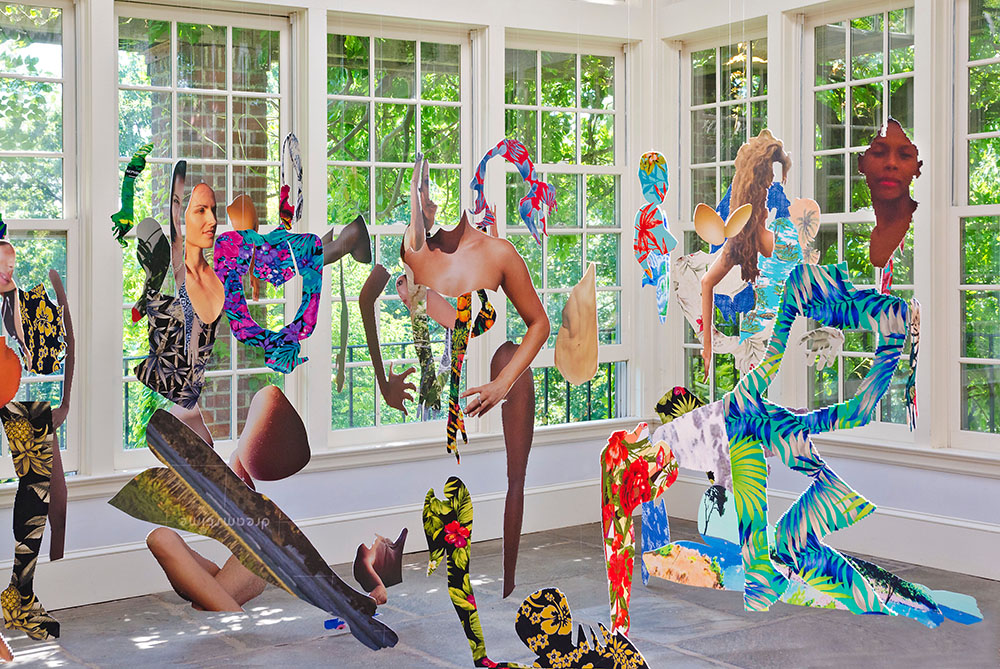 In January 1839, the announcement by the French Académie des Sciences introducing the daguerreotype forever altered how we see ourselves and the world at large. A full six years before and far from the European capitals that became hotbeds of photographic experimentation, a similar process was invented in Brazil. That milestone was for years left out of the medium’s celebrated origin story. This relatively small yet significant oversight offers a fitting introduction to an analysis of The Matter of Photography in the Americas, the rigorously researched exhibition co-curated by Natalia Brizuela and Jodi Roberts.

The exhibition advances two critical themes: photography’s influence in shaping internal and external perceptions of Latin American life, and who is included or excluded from the medium’s history. Brizuela and Roberts directly confront the second-class status to which art produced in the global south is relegated. In doing so, they produce a once-in-a-generation installation that forces a reckoning with socio-political and art historical narratives, how they are shaped, and by what forces.

It’s helpful to understand at the outset the time period and geographic expanse that the curators address. Objects in the exhibition were produced between 1967 and 2017, a fifty-year span that has witnessed unparalleled social and political upheaval throughout the region. “Latin America” identifies the group of countries in the western hemisphere where Spanish, French, and Portuguese are spoken. The region consists of nineteen sovereign states – twelve of which are represented in the exhibition – covering an area stretching from Mexico’s northern border to South America’s southern tip, including the Caribbean.

It began in the nineteenth century. Photographs produced throughout Latin America quickly entered the visual and economic exchange between locations representing the perceived center and periphery of western civilization. In these early images, indigenous people and the land they inhabited were portrayed as exotic and, to much more sinister ends, in need of “improvement” through European colonialist projects. Miguel Calderón Serie Museum de Historia Natural #3 (1995) takes up that subject, lampooning early ethnographic portrayals in which the inhabitants are presented not as people, but as subjects for classification and correction. Installed as an introduction to the visual legacy to and against which the featured artists respond, Calderón and artists Adriana Bustos, Oscar Farfán, and Anna Bella Geiger interrogate photography’s role in helping establish and reinforce racist perceptions of non-European populations and how that effect registers in the twenty-first century. 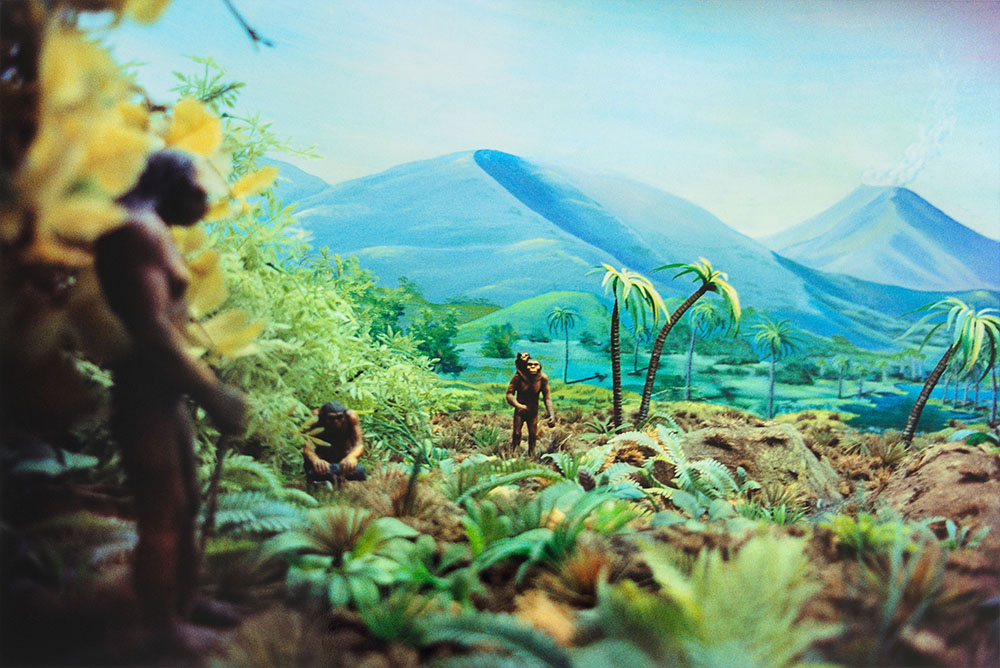 The exhibition breaks wide and deep into familiar photographic subject areas: state surveillance and discipline of “rebellious” bodies and minds; portraiture; representational, abstract, and performance art; materiality and media coverage; identity and erasure. The breadth of categories and the work representing them reinforce one of Brizuela and Roberts’ critical curatorial points: photography emerging from Latin America addresses so much more than the socio-political crises born of failed neoliberal economic policy and militaristic absolutism that passes for governance as they have plagued the region since the mid-twentieth century.

Two of the numerous stand-out works are produced by Colombian artist Oscar Muñoz. Biografias (Mujer adulta) (2002), which greets visitors at the entrance to the exhibition, and Linea del destino (2006) visualize through means of delivery the artist’s career-long fixation on photography’s inability to permanently capture life. In Biografia, the artist “printed” photographs on tap water using charcoal powder. As the water drains from the sink, the image slowly distorts and disappears. Similarly, Muñoz projected a self-portrait on water captured in his cupped hand for Linea del destino. As the water slips through his fingers, so too does the fleeting image. In both video pieces, Munoz’s execution perfectly realizes his interest in photographic impermanence, intensifying but denying our desire to know and see more. 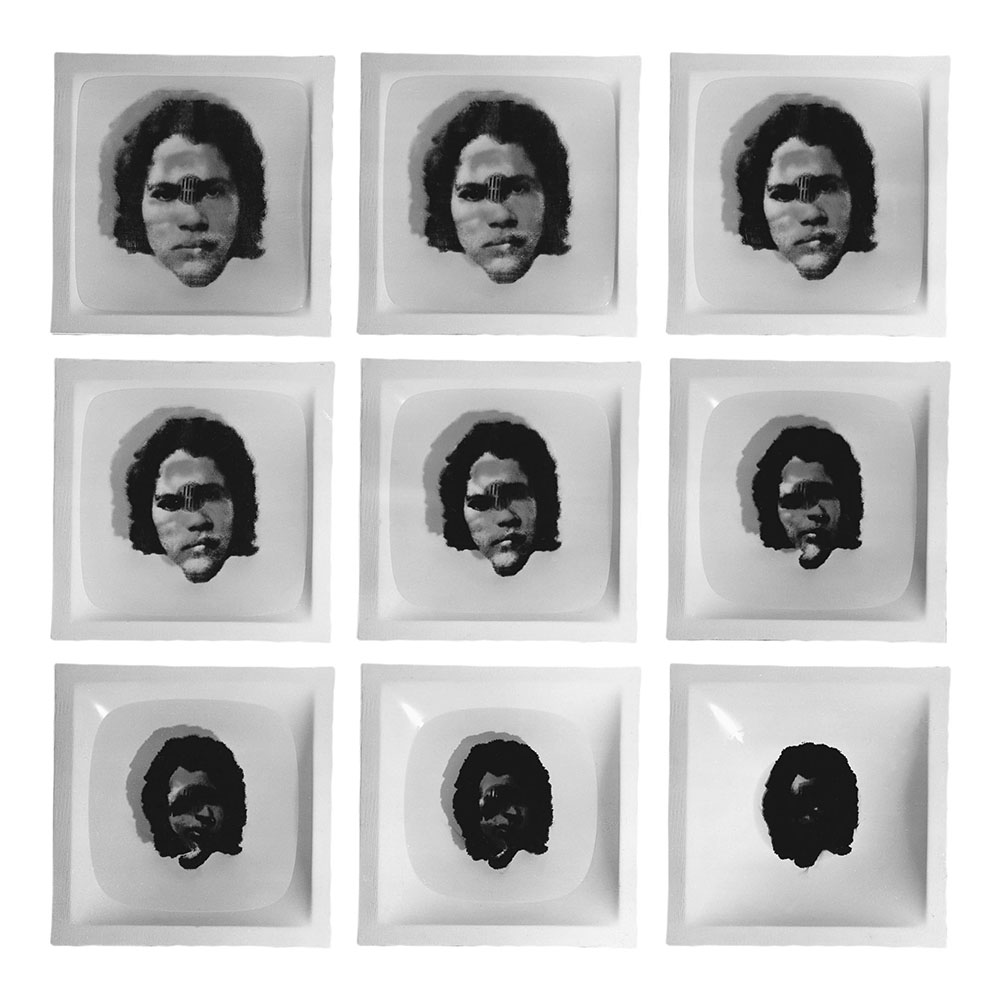 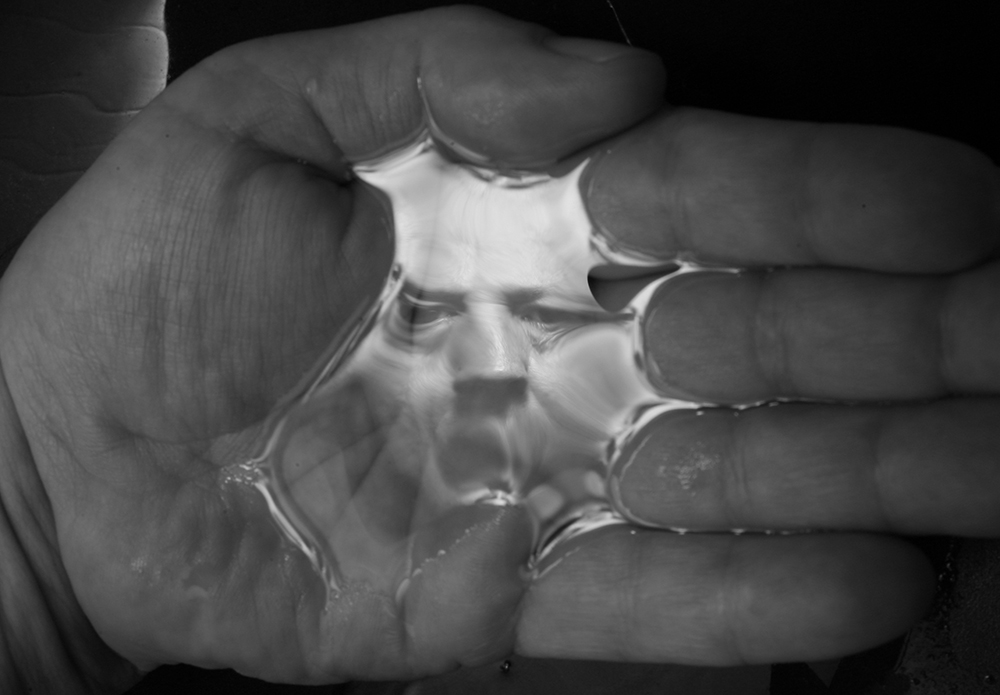 Brizuela and Roberts’ second critical point centers on influence, or how artists working and exhibiting outside of contemporary western art hubs respond to innovation and authenticity with derivative work. Of course, influence is inevitable. Prior to the vast communicative network that is the Internet, ideas and images were shared in analog relics such as books, magazines, and touring exhibitions. Disparity advances when we consider who writes these books and articles, who organizes these exhibitions, who is included in critical discussions and who is excluded. Under the heading “Copies,” Bolivian artist Claudia Joskowicz’s Every Building on Avenida Alfonso Ugarte – After Ruscha (2011) riffs on the well-known American photographer’s deadpan 1960s survey of Los Angeles architecture. Before Joskowicz’s lens, the rhythm of this heavily trafficked street, including an encounter with police, offsets Ruscha’s rather bland black and white architectural portrayal with color and an acknowledgment of its uglier details. Joskowicz, Álvaro Barrios, Nicola Constantino, and Vik Muniz – arguably the artist most familiar to western audiences – address the reach of certain artists (predictably straight, cisgender males) and how pervasive popularity renders the photographic canon a tedious march through the accomplishments of white men.

By its title alone, The Matter of Photography in the Americas could be read as a survey of photographic and lens-based contemporary art originating in Latin America. Such an exhibition would satisfy audiences’ taste for what’s new or what’s next as the global art market reaches further into “new” territory. Brizuela and Roberts’ comprehensive installation rejects that familiar model and instead interrupts a fevered, art market-driven search by looking closely at how the lives of people throughout Latin America have been influenced by this often-problematic medium. Against a broad historical narrative, personal and artistic stories of exploration, experimentation, and discovery register as incomparable. No one in this illustrious assemblage asks permission to make this vital work. They know all too well what representational holes exist in the medium’s history, and they are more than prepared to fill in those gaps with exceptional work.

Roula Seikaly is an independent arts writer and curator based in San Francisco. She is a regular contributor to Aperture and Photograph, and is a Senior Editor at Humble Arts Foundation.

Space of Possibility: A Conversation with Barry W. Hughes