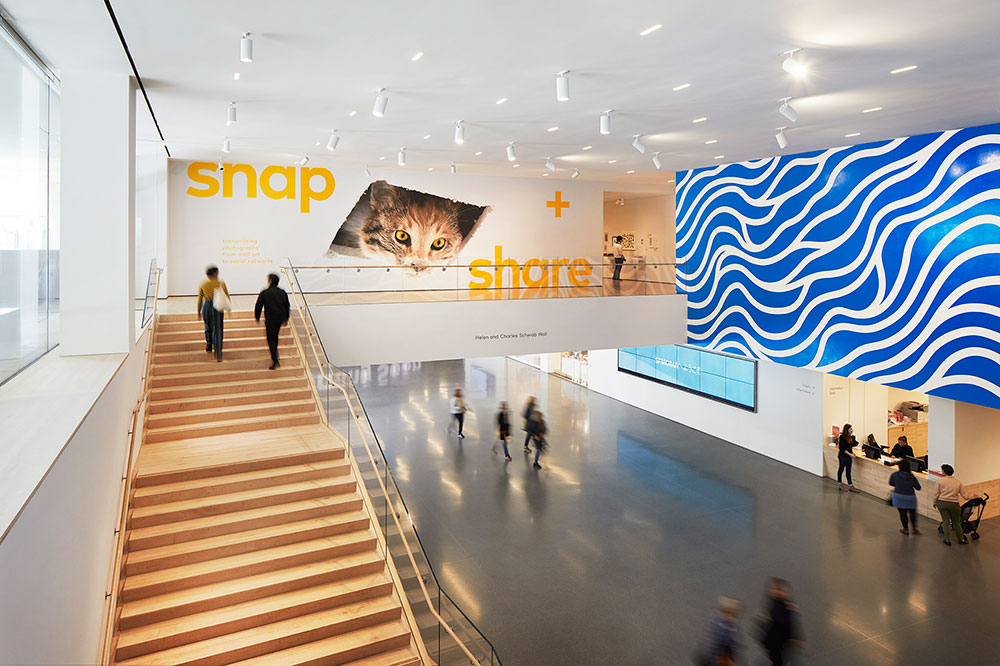 snap+share: transmitting photographs from mail art to social networks makes a case that the dissemination of photographs is just as important as their creation. It’s an exhibition about the socialization of photographs, various forms of sharing throughout the medium’s history, and the conceptual issues that arise from the immediacy of online sharing. The scope of snap+share traverses 140 years, including over twenty artists across seven thematic sections. This ambitious exhibition accomplishes several critical and historical tasks.

Part of snap+share’s project is to provide a backstory to late-twentieth century and contemporary social photo sharing, which began to burgeon earlier than visitors might think. In the 1880s, photo-stamps—tiny adhesive silver gelatin prints resembling postage stamps—allowed people to share their portraits through the mail. The exhibition includes a beautiful proto-yearbook of the Eastman College graduating class of 1891, crafted using these stamps and showing both a grid of graduates and more artful layouts depicting the faculty. Photo-stamps made mailing and album-making easier than ever, but before that class’s twenty-year reunion, a new technology was to revolutionize photo-sharing.

The progressive dematerialization of photography is an important through-line in snap+share, and a significant turning point came in 1907. Wirephoto transmission machines, which sent pictures through telephone, telegraph, or radio, laid the foundation for the rapid visualization of world events. The German inventor Arthur Korn is pictured on the exhibited cover of a periodical reporting on his “marvelous discovery”—a portrait that was sent to the publishers via telephotography.1 Similar technology was used from the 1930s through the ’70s by the press corps, forever changing photography’s capacity to rapidly mediate events. The fax, which peaked in use in the late twentieth century, also derived from telephotographic principles.

A large section of the exhibition addresses conceptual mail art beginning in the 1960s as a networking predecessor of the Internet. Thomas Bachler mailed pinhole camera packages to himself in 1985. As the curator Linde B. Lehtinen writes in the exhibition catalogue, the “resulting prints are ghostly, evocative tracings of their passage between cities. Fascinated by the loss and release of image control once sent through the mail, Bachler likened the journey of the photographs to fleeting memories of a train ride.” (p. 88) Similarly, in Peter Miller’s 2019 series, “Dear Photography,” photosensitive postcards mailed to SFMOMA bear a light-record of their passage through the postal system. The enigmatic pink and purple silver gelatin papers state on the verso that “[p]ostboxes are darkrooms too.” The instant upload marks photographs only with metadata; these works by Bachler and Miller use the gradual exposure of analog processes to track the emergence of the image. 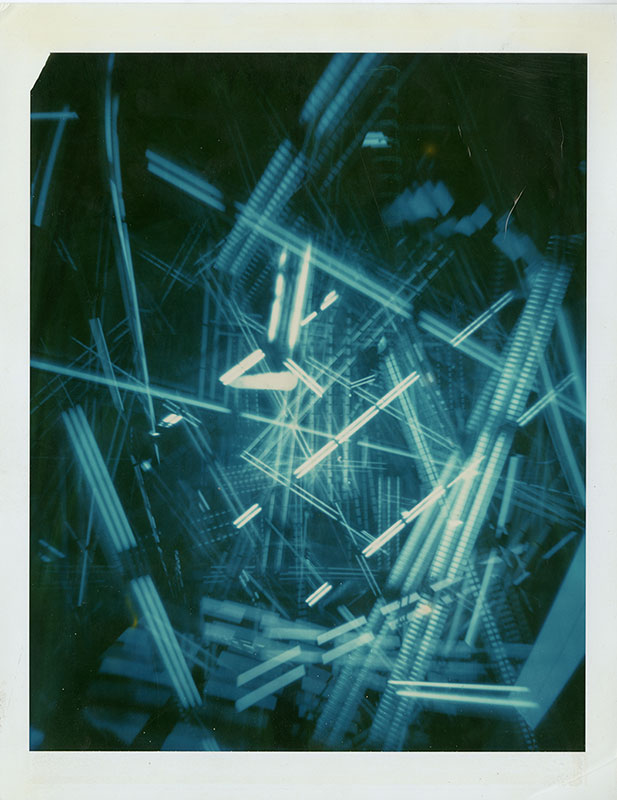 But the main story of photography endorsed by snap+share is one of increasing speed. On June 11, 1997, two thousand people instantly received the first digital share, imagined by its sender, Philippe Kahn, to be the “Polaroid of the 21st century.”  This first camera phone photo shows Kahn’s newborn baby, Sophie. The image itself is totally unremarkable, but in an exhibition about profusion and proliferation, the share is worth a nod. The communicative impulse that sent Sophie’s likeness out to more people than Kahn could have addressed individually signals the opening of floodgates. In light of contemporary debates about whether parents should blast pictures of their children on the Internet, thus inaugurating an online presence that they may not want when they’re older, we might see Sophie as an unwitting pioneer into today’s culture of hypervisibility. 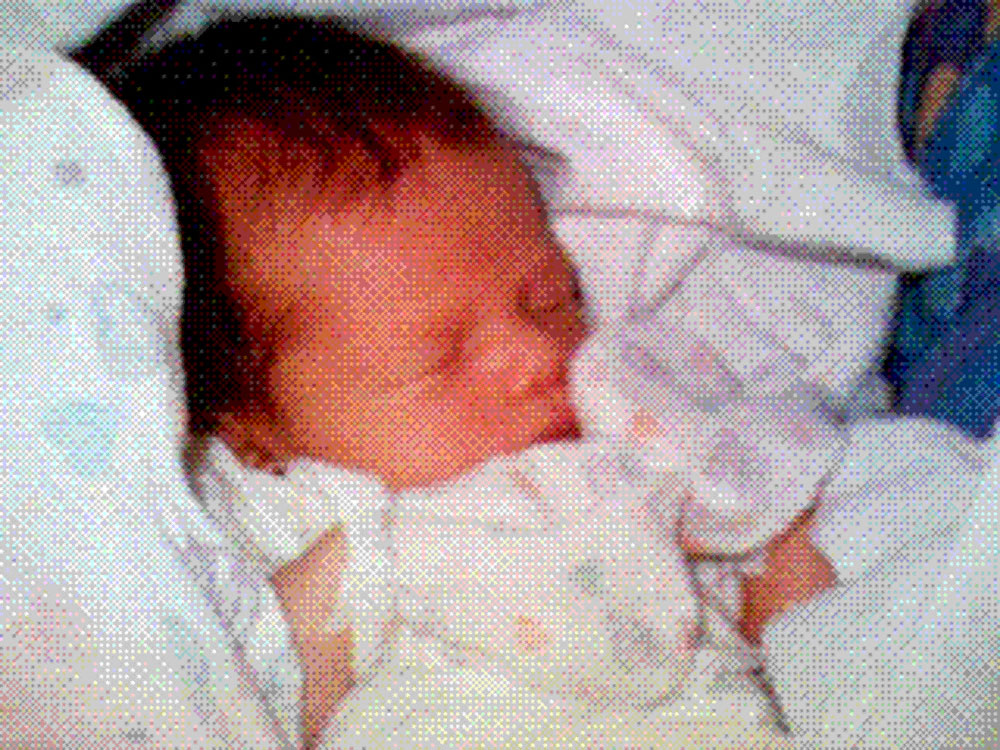 The most imposing artwork in the show is undoubtedly Erik Kessels’s “24HRS in Photos” (2011), which overtakes an entire gallery. Visitors walk single-file along a narrow pathway between two mountains of inkjet prints. Kessels reifies online photo-sharing by printing every picture uploaded to Flickr in a single day— “a perfectly absurd gesture,” writes the chief curator Clément Chéroux. (p. 111) The installation is a bit stress-inducing, like being in the home of a hoarder. One imagines box after box of photographs wheeled in by the museum’s installation team and dumped on the floor. In this gallery of regurgitated photographs, our collective uploading habits overwhelm the museum-goer. “24HRS in Photos” prompts an unusual accountability: you know you contribute to this mess of pictures that are rarely revisited. 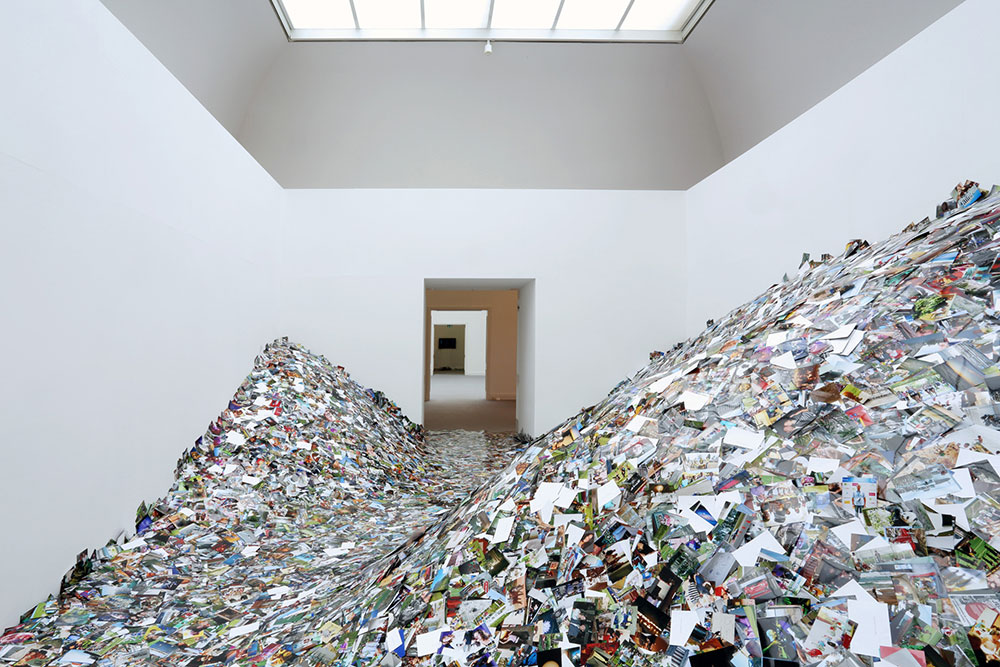 By contrast, one gallery is devoted to the outcome of artist Jeff Guess’s custom software, which atomizes the selfie most recently uploaded to social media. Reduced to its most immaterial, elemental form—“pixel” is, after all, short for “picture element”—photographs in “Addressability” (2011) first appear as countless cubes of color in a vast black field. From these celestial beginnings, a selfie accretes. The innumerable pixels communicate with Kessels’s innumerable prints in the adjacent gallery, resulting in a sense of the mathematical sublime. 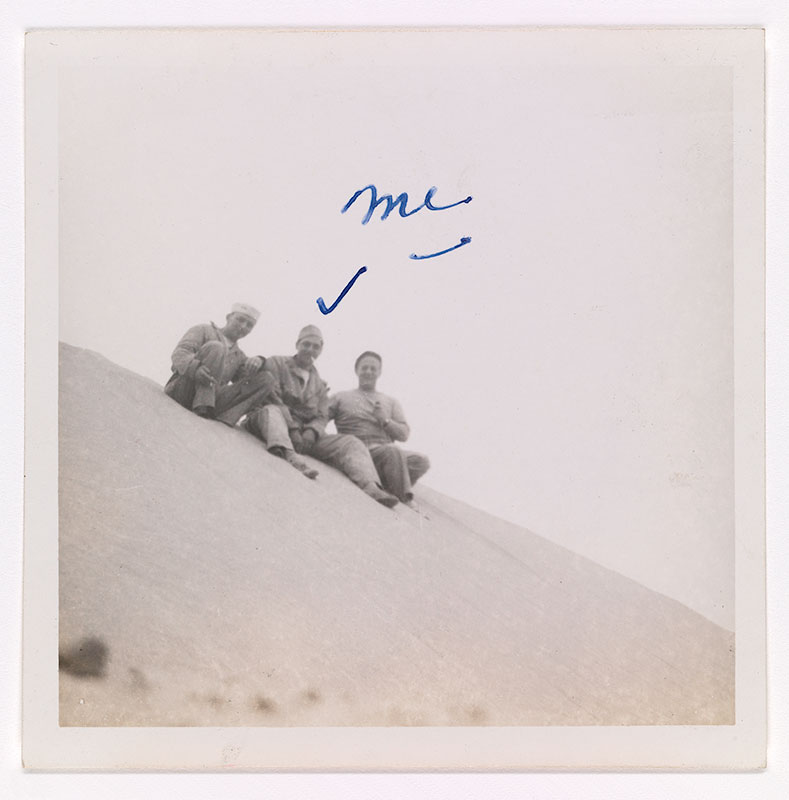 Mid-twentieth-century vernacular portraits inscribed with the word “me” are presented as precursors to the selfie. This may be a tad teleological, but snap+share does well to show visitors that the self-regard and self-promotion afforded by photography long predates the Internet. “The search for the new often tends to reduce the complexity of phenomena,” cautions Chéroux. (p. 9) The Internet allows photographic reflexes to be taken to their logical extreme, or to become so prevalent as to be iterative or even obsessive. Chéroux rightly points out that “[d]igital technology is measured less in terms of novelty than intensity” (p. 9).

Tourism as an engine of photo-sharing is another major theme running through the exhibition. On view are instances of a tourist postcard produced by Léon-Charles Libonis to commemorate the 1889 opening of the Eiffel Tower. Three hundred thousand copies were destined for the friends and families of visitors. Postmarked within the structure itself, they not only promoted the modern marvel, but gave senders objective proof that “I was here.” Rather than staying in personal collections as mementos, these cards are an early example of photos that exist to be consumed by others. Like the photographic idealization of Instagram photos, they suggest that the senders have exciting lives. In the Libonis postcard, visiting a famous site is photographically mediated not for the personal reminiscence of visitors, but to inform their social network of that participation.

snap+share considers the simultaneous immateriality and emplacement of images in Map (2006-19) by the German artist Aram Bartholl. Map documents the installation of huge wooden markers shaped like the “point A” bubble that used to appear on Google Maps. One photo shows its installation atop SFMOMA itself, reminding anyone who used Google Maps to get to the museum that “You have arrived” and that your phone knows where you are. 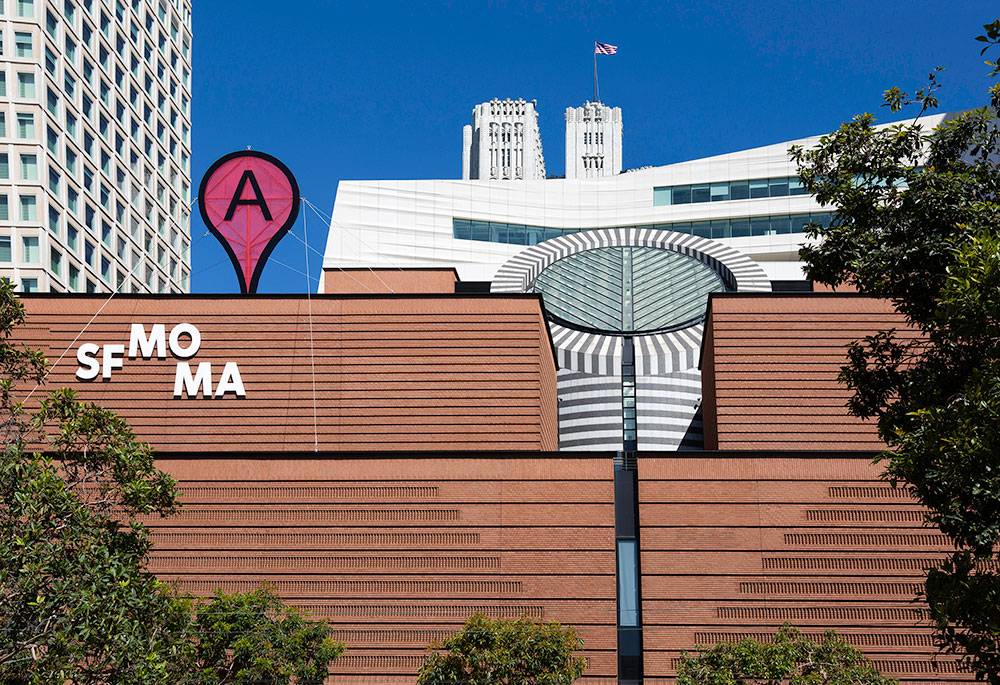 Surveillance has garnered enormous attention within photography criticism, and two works in snap+share alight on this topic. In a 2016 piece called “phonelovesyoutoo (matrix),” the artist and programmer Kate Hollenbach commanded her smartphone to film her whenever she looked at it. The resulting artwork is a grid of over a thousand cell phone videos, a sort of visual cacophony. Some videos are fleeting glances set on a loop. Many instead capture a long, expressionless gaze as the artist reads from her screen, texts, or navigates. By externalizing this intimate vantage point, Hollenbach foregrounds the close relationship we have with our phones. The paradox of solitary interaction in “phonelovesyoutoo(matrix)” is relatable enough; the artist takes it a step further by sharing these private moments.

The most amusing work in the show also nods to surveillance, as Eva and Franco Mattes show Google Image results of a search for the ceiling cat meme (n.d.). If looking at cat pictures is the classic time-wasting Internet activity, here, it is ceiling cat who is watching you. As with all memes, adding one’s own version is gratuitous, yet countless variations exist. 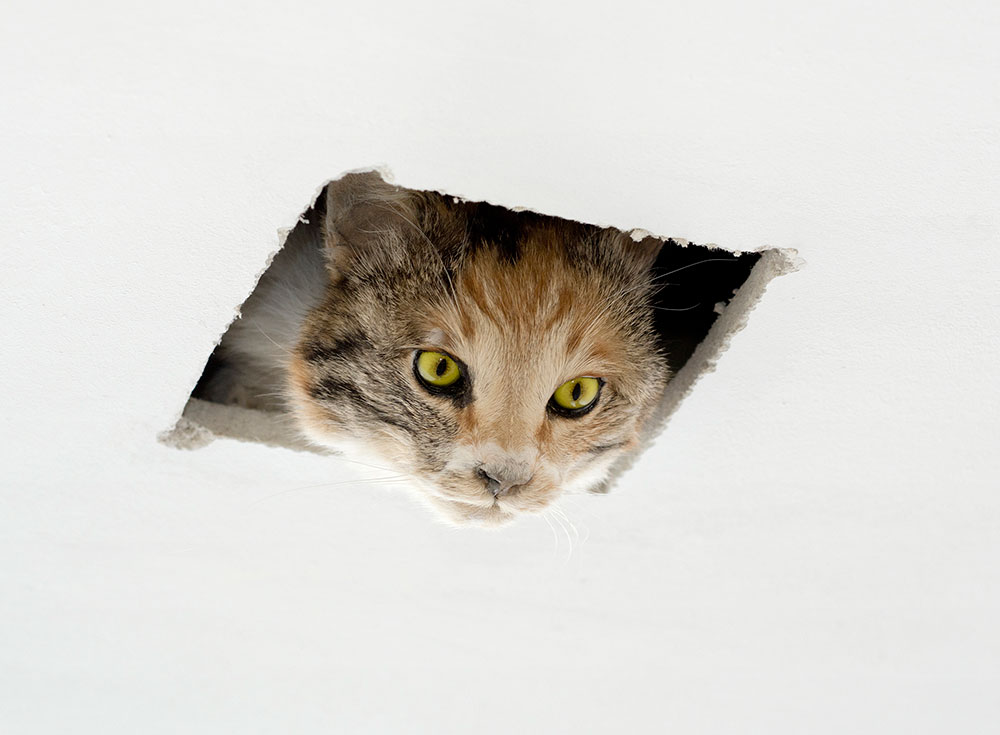 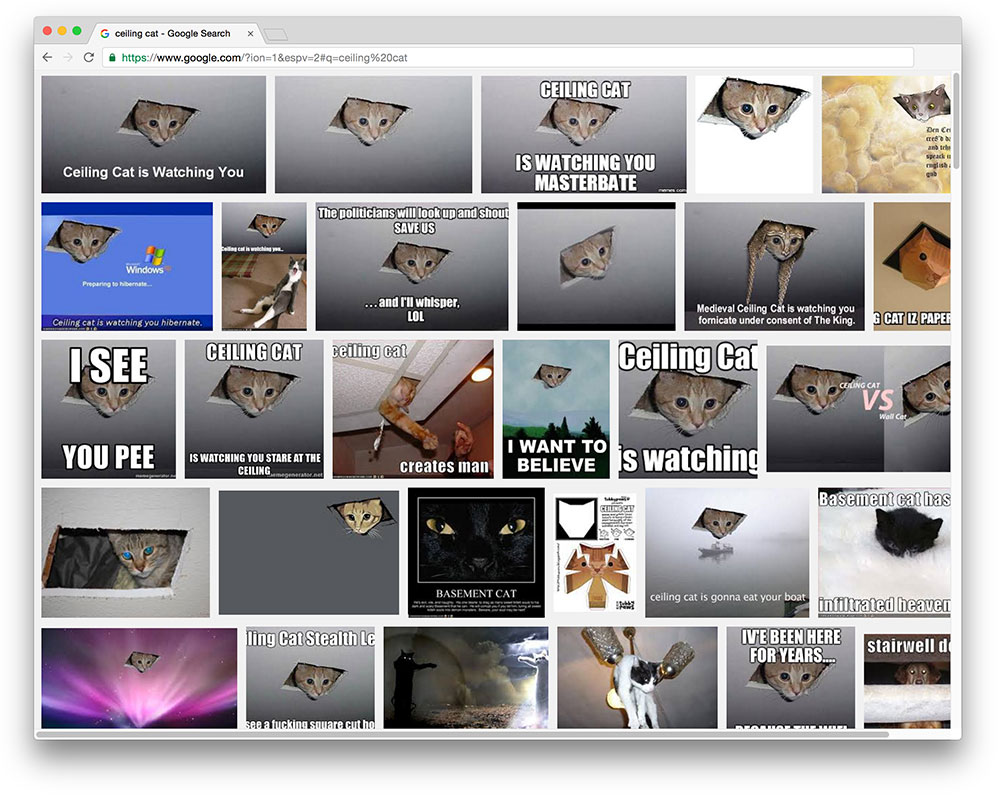 Photographing daily life as a largely mindless reflex is yet another strand of snap+share. Corinne Vionnet engages with the visual excess of tourist photos in her series Photo Opportunities (2006-07), which interrogates the inclination to snap famous monuments. Vionnet superimposes thousands of tourist photos of famous monuments—like the Eiffel Tower, the Taj Mahal, and the Golden Gate Bridge—and finds that the images remain largely legible, meaning that thousands of people take roughly identical photos. Evidently, the unique authorship of the picture is not the objective of the action. Vionnet points out the conformity of the tourist’s photographic habit: we go to the same geolocation and take the same action because others have done so, and we, too, were there.

Are those bandwagon photographs meaningless? snap+share invites visitors to take just such unnecessary pictures, adding a playful note to the exhibition’s treatment of the socially contagious nature of photography. In 2009, David Horvitz began a mass-participatory photographic work, “241543903.” He took a photo of his head in his freezer, posted it on social media, and suggested that others do the same with the tag #2415435903. As Chéroux writes, the participatory piece “shows the power of the Internet to transform an absolutely meaningless photographic gesture into a [widespread] cultural practice.” (p. 140) Not only does the exhibition include several photos taken under Horvitz’s auspices, but a working refrigerator is set up in the gallery so that visitors can take part. 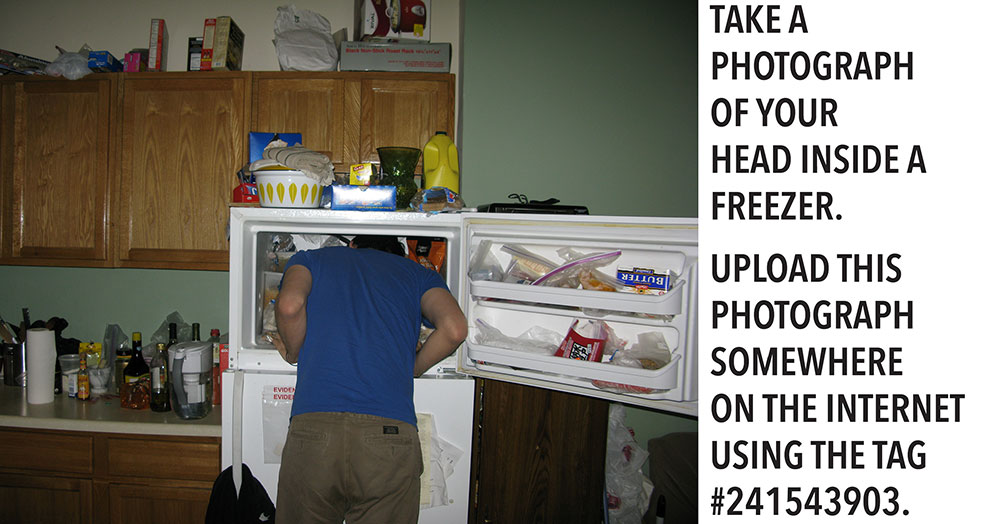 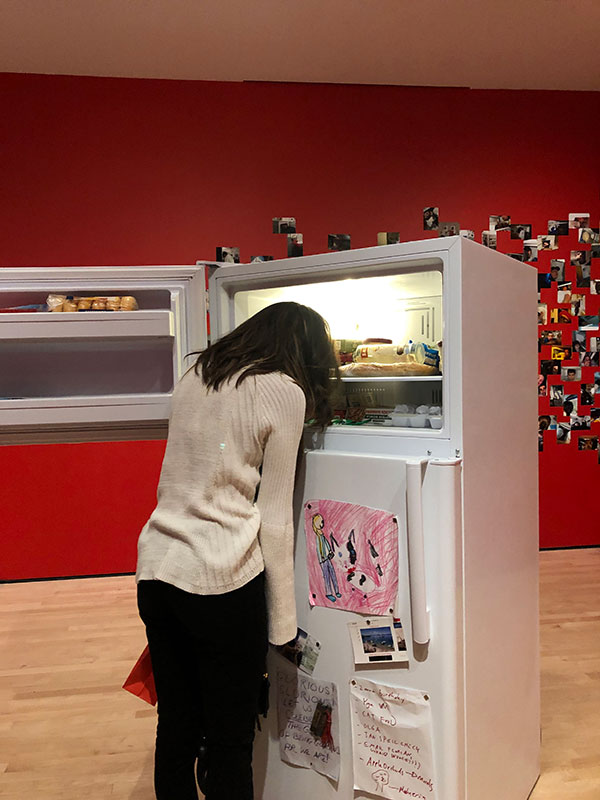 Such photographs aren’t the only superfluous shares addressed in the exhibition. The individual’s tedious announcement of quotidian activities—say, through a photo of the cappuccino one drank while at the museum—is popularly considered an effect of online photo sharing. snap+share challenges that with the inclusion of a piece by the Japanese artist On Kawara. “I Got Up…” (1975) is a conceptual work comprised of some four thousand postcards. On the front are tourist pictures of New York monuments and skylines, and on the back Kawara stamped the message “I GOT UP AT 10.01 A.M.,” or “I GOT UP AT 8.34 A.M.,” or whatever the time may have been. The Libonis cards, by comparison, contain throwaway comments about sunny weather and well-wishes. 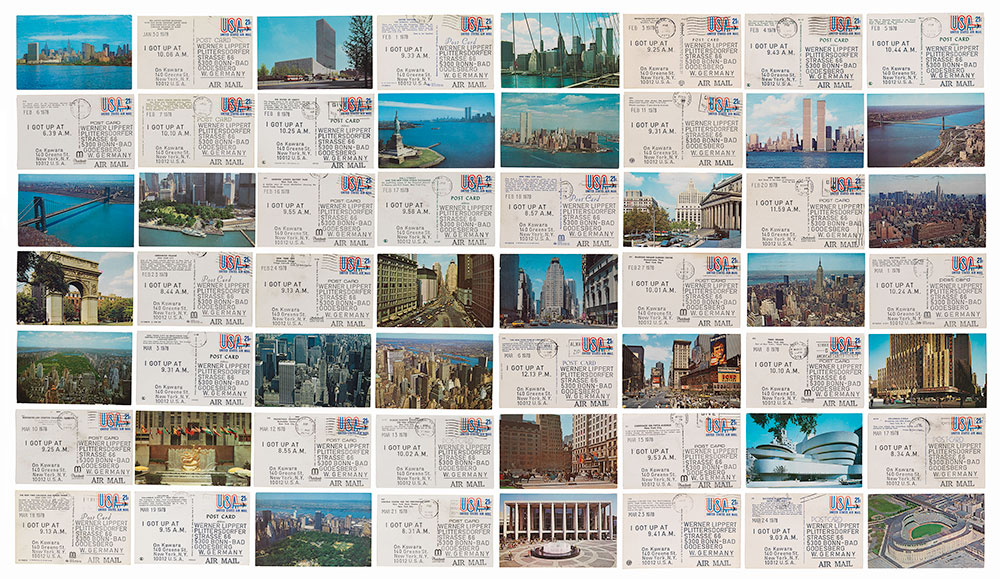 snap+share’s significance is not based on aesthetic quality so much as it is on the case it makes about the history of photo sharing. By exhibiting artifacts of analogue sharing from the 1880s to the 1980s, the exhibition roots visual social media practices within a deeper history of photography. However, this context strains snap+share’s contention that we are “unquestionably witnessing [the] third moment [in] the acceleration of photography” (p. 8). This bold claim seems to be based more on the show’s presentation of 21st-century meta artworks about the quantity and disposability of “mass” photography than on the full arc of the exhibition. In all, snap+share balances an impressive array of themes and conducts a useful genealogy of contemporary photo sharing. 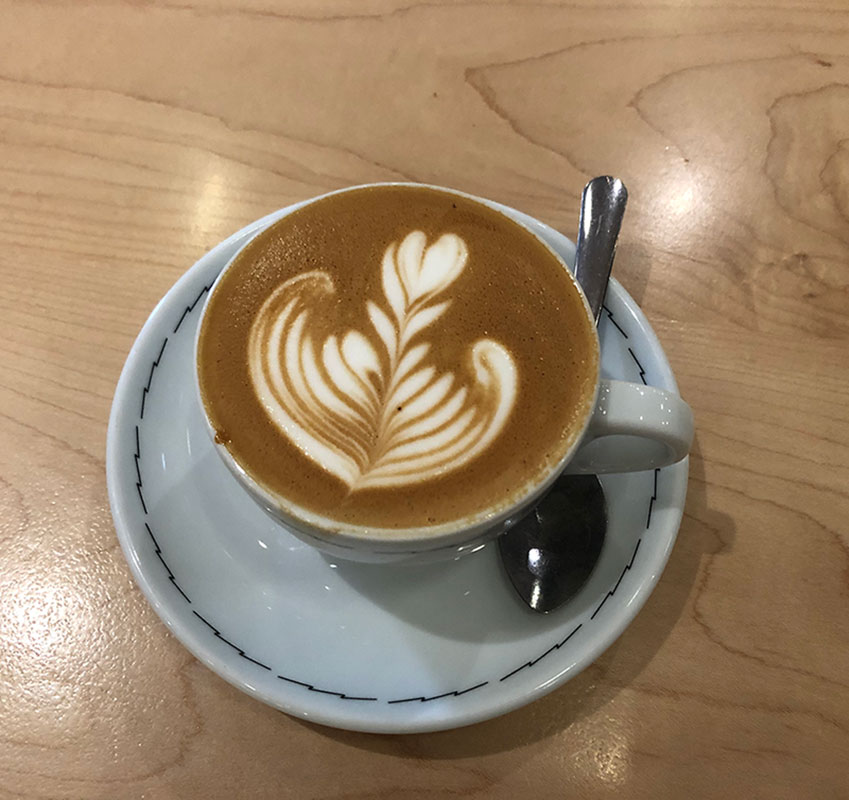 The reviewer’s cappuccino at SFMOMA

Note: All quotations come from the exhibition catalogue.

1 Arthur Korn was one of a handful of experimenters working on the dematerialization of photography; the exhibition catalogue also credits Shelford Bidwell, Noah Steiner Amstutz, and Édouard Belin. (p. 7)