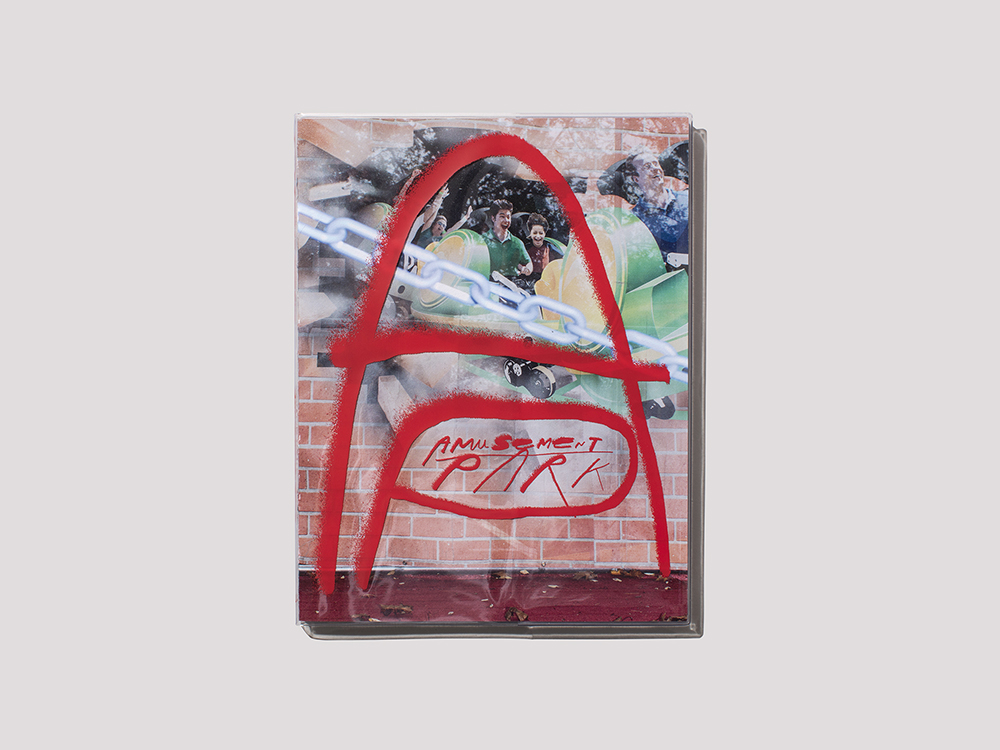 David Brandon Geeting’s Amusement Park, published by Lodret Vandret follows up on the photographer’s previous titles Infinite Power (Pau Wau Publications, 2015)  and South Korean Nature Photography (self-published, 2016), and serves not so much as a distinct new project as it does a continuation of his collection of photographs that is produced exponentially as off-shoots and out-takes of his frequent editorial and commercial work.

The title of the book describes its contents well as the pages act as fields for amusements to perform. Flipping from one page to the next, visual senses are continuously re-awakened with lyrical still lives and strange portraits rendered in bold bright color and complex but harmonious formal relationships. There’s a definitive visual “pizzazz” that has come to represent the Geeting’s style, which emerges from the artist’s essential attitude of anything-goes-so-lets-see-what-happens, and make it look good.

Over the past few years Geeting has been notably prolific, and I get a strong feeling that there are few photographers who simply love to make pictures as much as he does. His imagery is thick with manic creative energy that is barely contained by the book’s full bleed pages. It doesn’t feel appropriate to make mention of any individual pictures as hallmarks of the book, each contains equal parts charisma, naivety, curiosity.

I imagine Geeting as a kindergartner willfully coloring outside the lines, scribbling with glee, delighting in breaking the rules and not giving a F. In an image-saturated world that is burdened with homogeneity, with photographers getting A’s for adhering to conventions, or even bending them mildly, Getting does the wrong things in all the right ways. We’re not supposed to see pictures of pizza hanging on a hook,  I don’t know why he dangles 5 cracked eggshells over a paper printout of a flower.  And where the hell is he getting all these balloon animals? He makes it work, and we don’t need to know why, really, because just look at them. I don’t think he asks viewers any more than that. 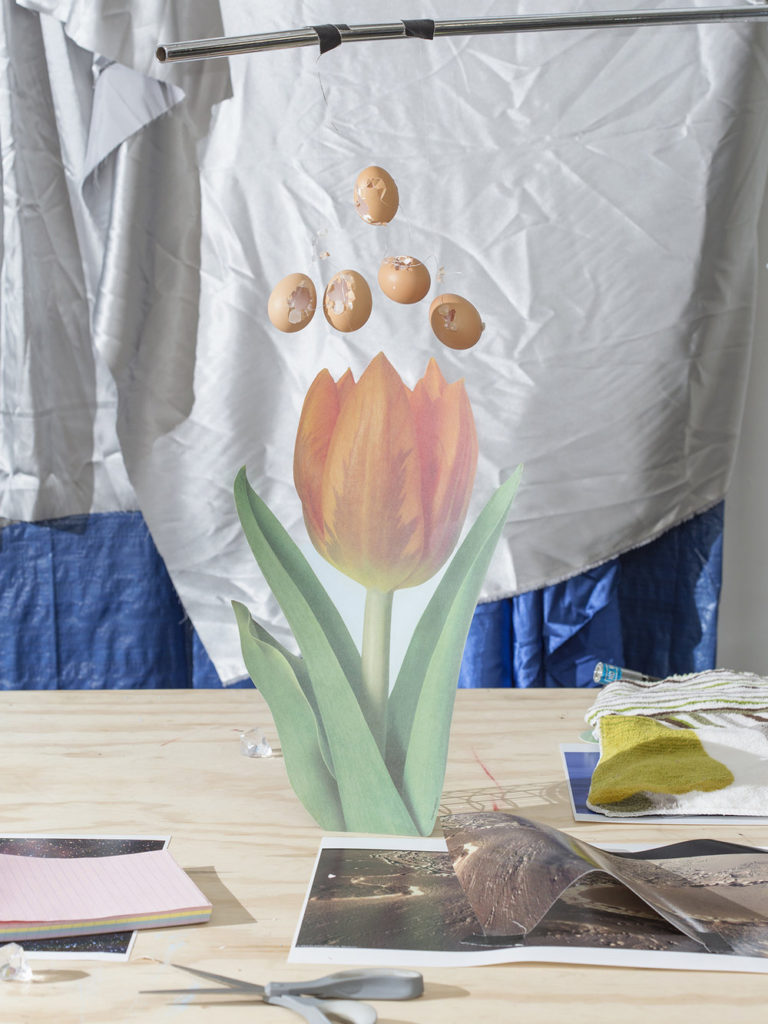 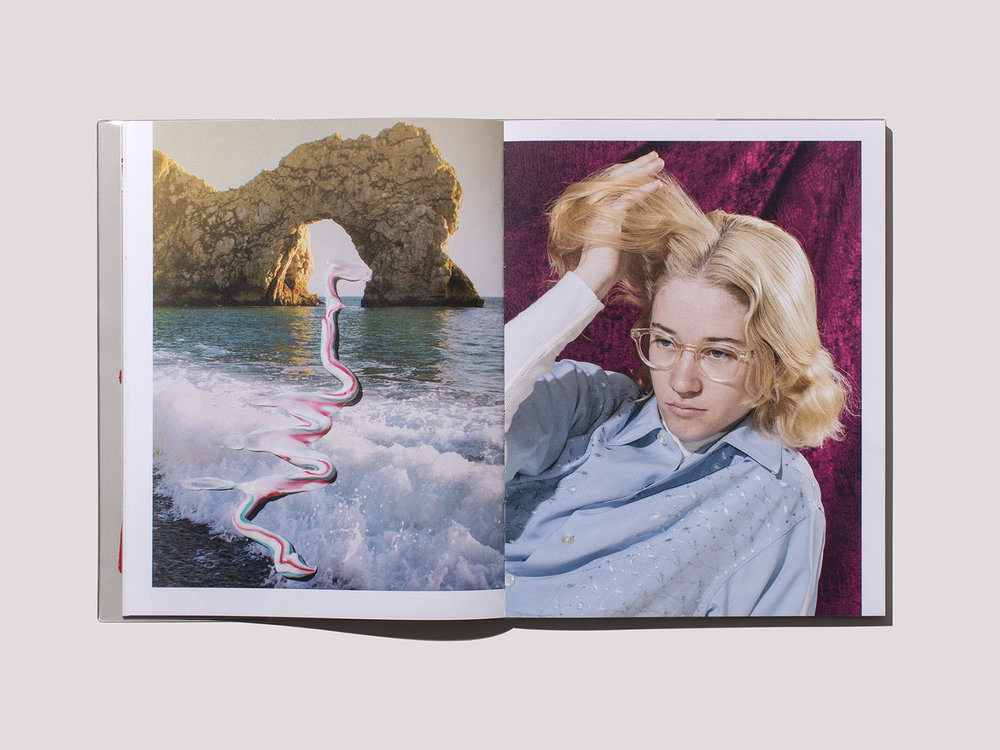 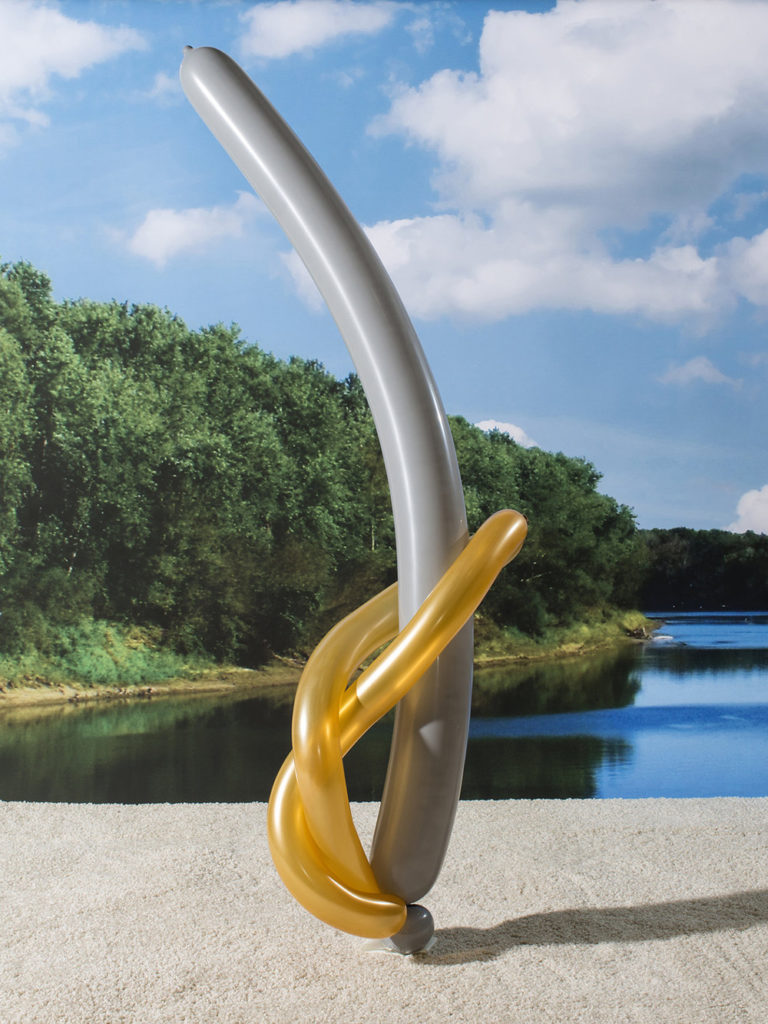 Geeting’s personal work greatly overlaps his editorial work in form and content, and it occupies rare territory as product pictures that evince reference to their own production through consistent reference to physical craft (scissors, paper) as well as studio production (clamps, gaffer tape, on-camera flash). Despite it’s fitting with recent trends of photographic production, Amusement Park is not a book designed to challenge or wade into the bog of photographic theory, but one made to delight with visual spectacles.

Geeting’s pictures call to mind visual strategies enacted by recent image-as-construction artists, but rather than engage with theoretical frameworks of studio still lives (Lucas Blalock) or construct ambitious and maximal studio constructions (Daniel Gordon), Geeting occupies a middle ground on this road, allowing his production values to overtake his subjects while reserving the rights of the pictures as things to be looked at, rather than speculated upon.  And as a predominantly commercial photographer, the subjects in front of Geeting’s lens are suited up in all the alluring and glossy apparel of a retail mannequin and are weird enough to make passersby look twice, three times, and then again.

The book’s edit doesn’t require a nuanced sequence. There is no narrative needed, and continuum is cemented in Geeting’s consistent deviations from the normal. Even expecting strange meets its surprises. I get the sense that the editing process for the book really didn’t need to be more involved than throwing a pile of pictures up into the air and seeing where they land. The outcome would remain delightfully the same.

Amusement Park is a memorable collection of work; the kind that will always be pulled from the bookshelf and passed around at parties.  It takes a bold approach to tackle such bold work, and I was not surprised to read from the publishers, Flemming Ove Bech and Johan Rosenmunthe, that they used special color profiles and 10 different inks to keep pace with Geeting’s visual ambition. The title is beautifully and uniquely crafted, and it is latest of Copenhagen-based Londret Vandret’s growing roster of note-worthy and trend-attuned titles that is quickly becoming a very memorable collection.

You can purchase a copy of Amusement Park here 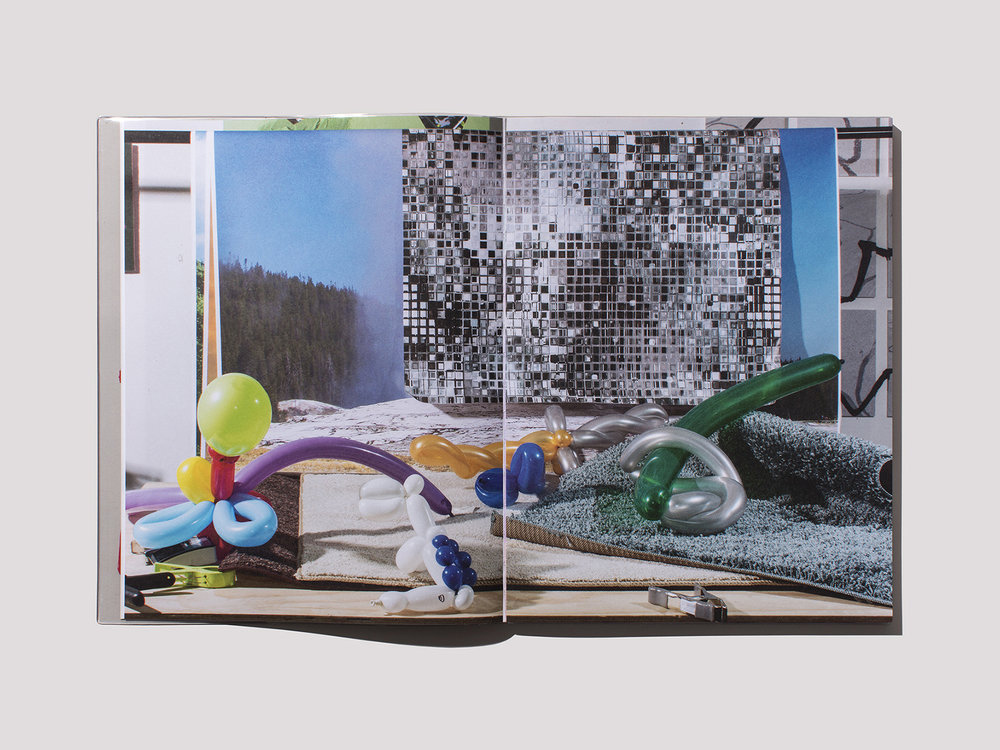 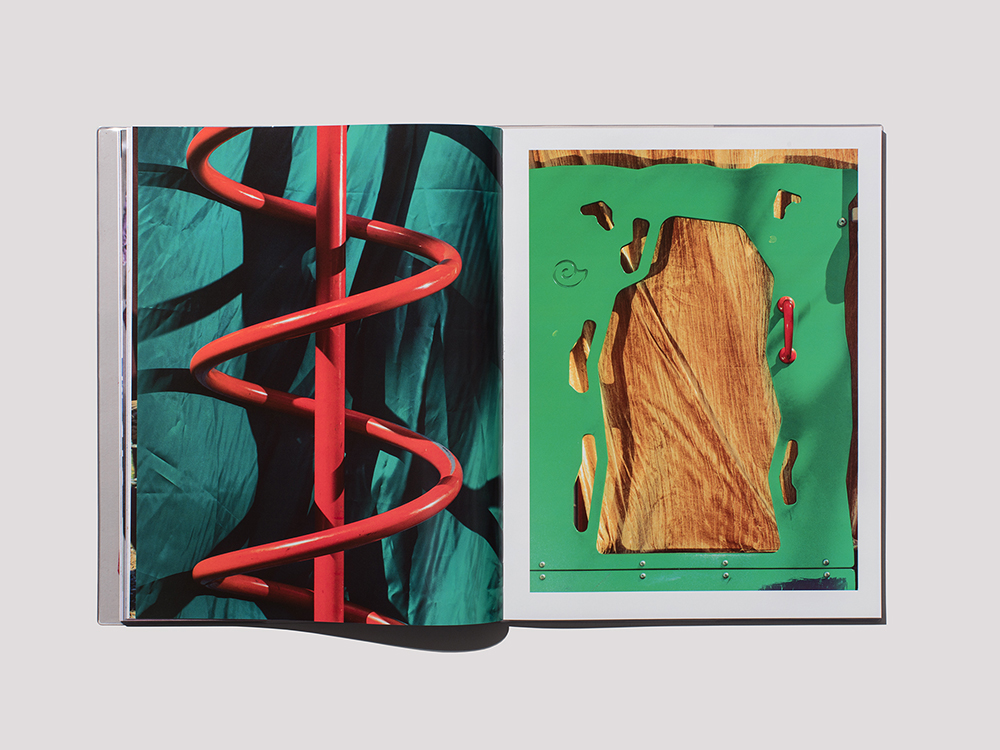 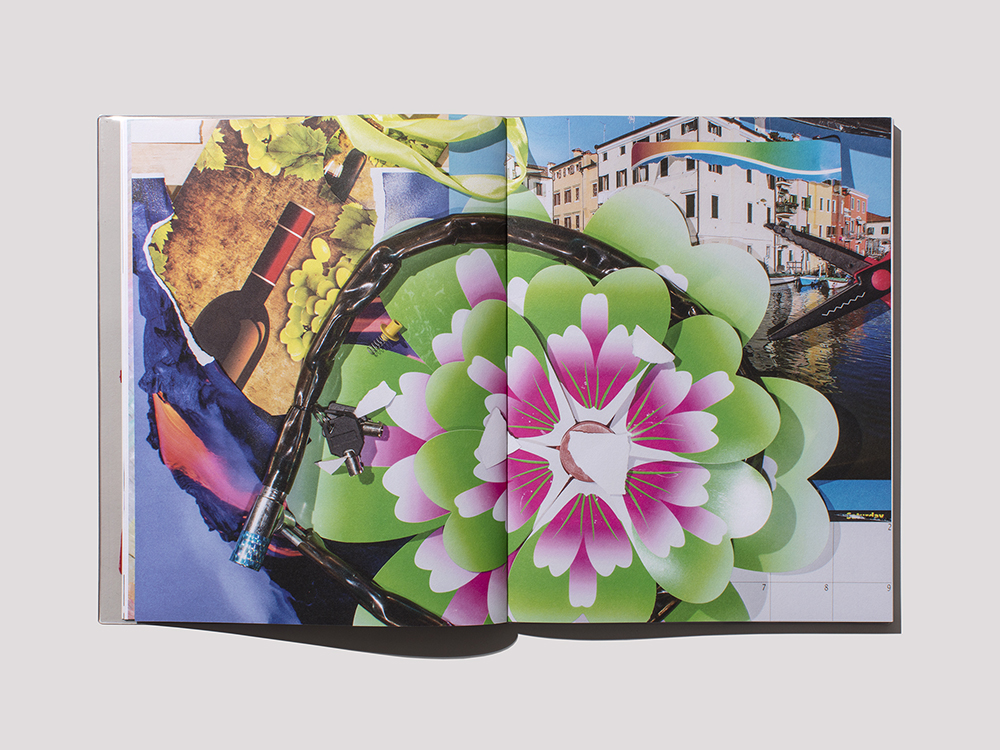 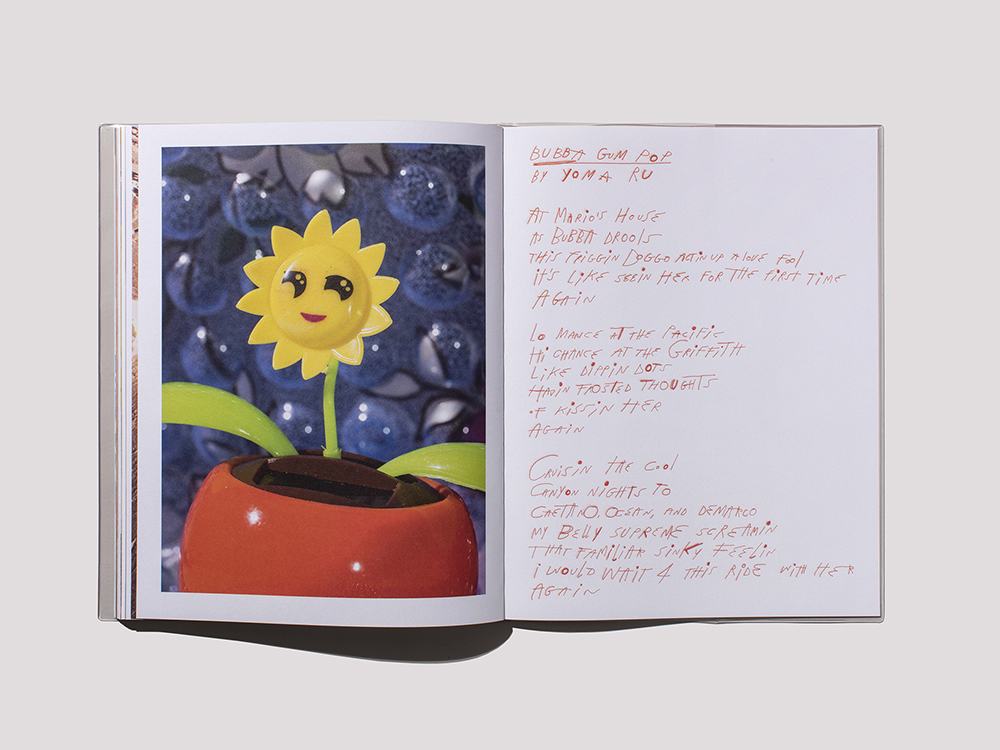 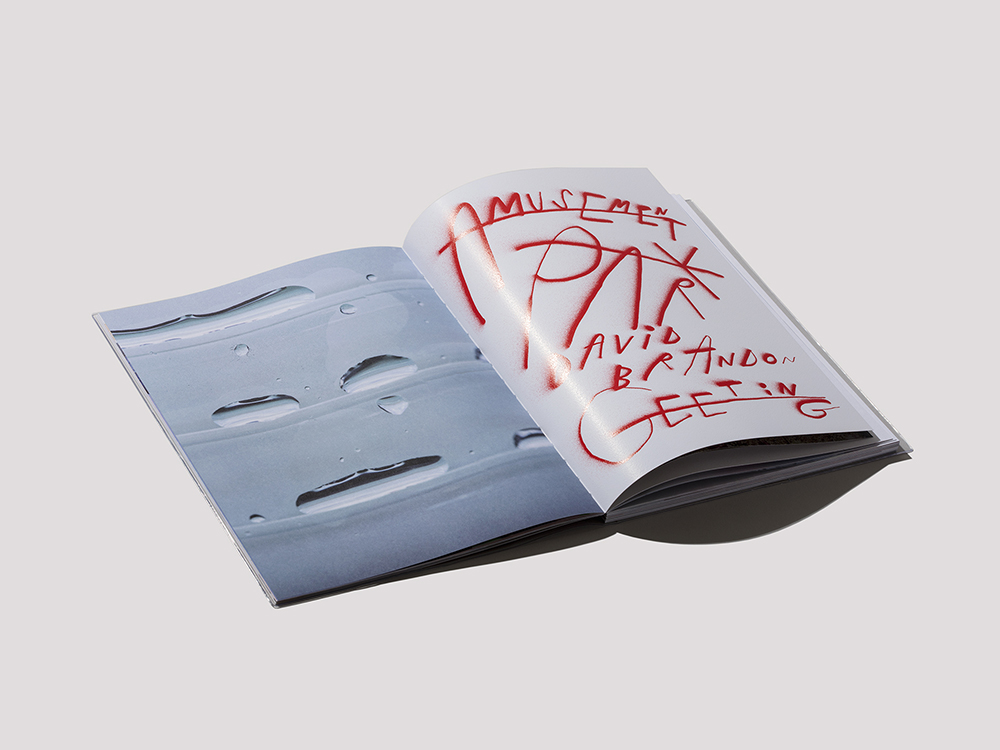