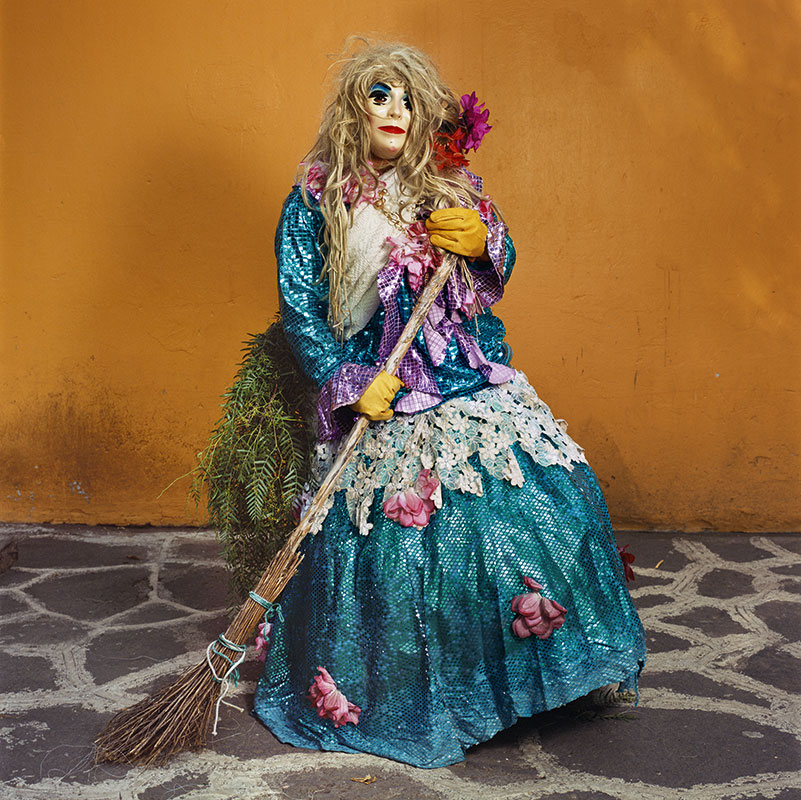 In her three-decade career, photographer Phyllis Galembo has produced six books that celebrate cultural practices throughout Africa and the African Diaspora. Her seventh title – Mexico, Masks | Rituals – advances the artist’s passion in a concentrated study of celebrations that blend colonialist and indigenous socio-religious practices in Mexico.

Galembo’s method is simple, yet effective. The sitters are photographed – at times before or after celebrations, other times while taking a break from performing – in front of backdrops that intensify the colors and textures of their costumes. Certain images, including Sweeper with Michael Jackson Mask (2016), exemplify rich cultural overlaps in which western icons – represented here by a mask mimicking the late pop singer’s face – blended with indigenous materials, produce a performative guise that bears both contemporary and historical relationships. Other compositions – Negrito with Lacquered Mask and Ribbons, Corupo (2017), Buffoon (2016), and Tlacololero Dancer | Fox (2017) – feature figures representing indigenous, Spanish, and diasporan cultural fusions that celebrate fantastical, if not frightening mythical figures. In photographing these celebrants, Galembo exposes an elusive liminal space between the terrestrial and spiritual. Though the celebrations are rollicking community events, the portraits evoke a still, graceful pride in participants’ customs and practices. 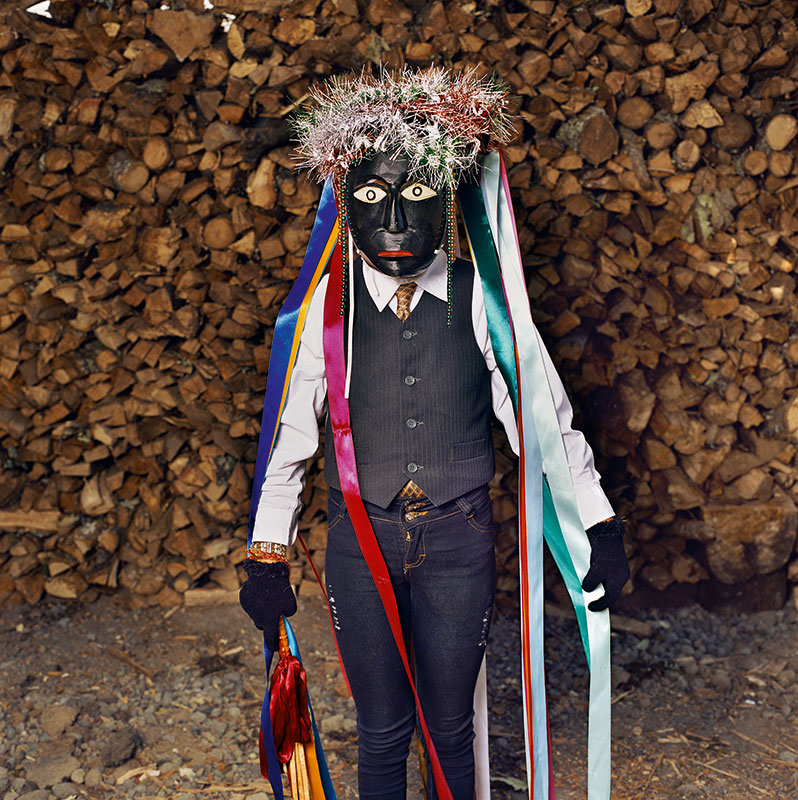 Negrito with Lacquered Mask and Ribbons, Corupo (2017) © Phyllis Galembo. Courtesy of the artist. 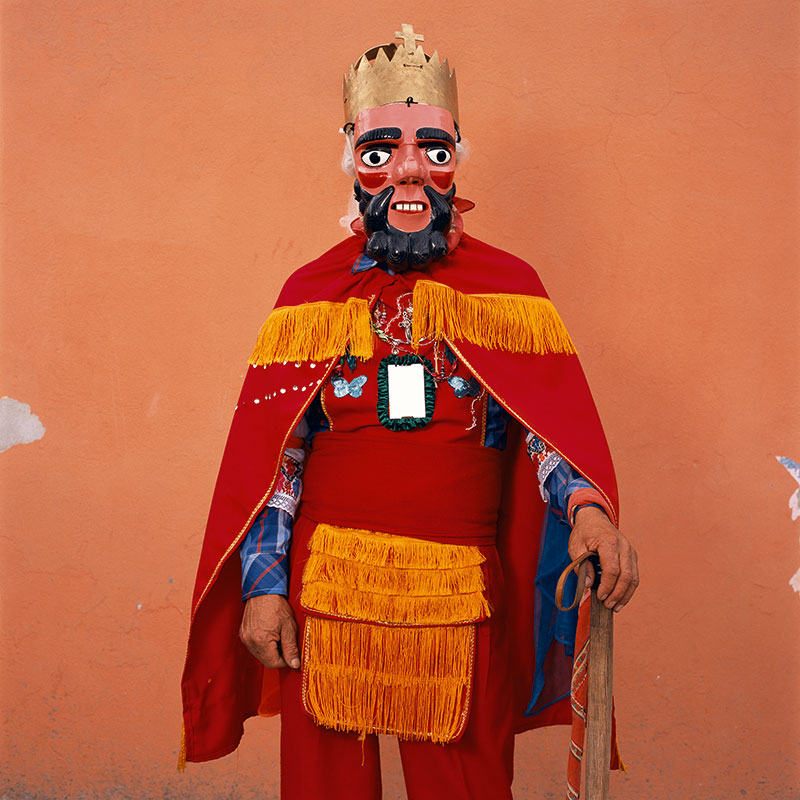 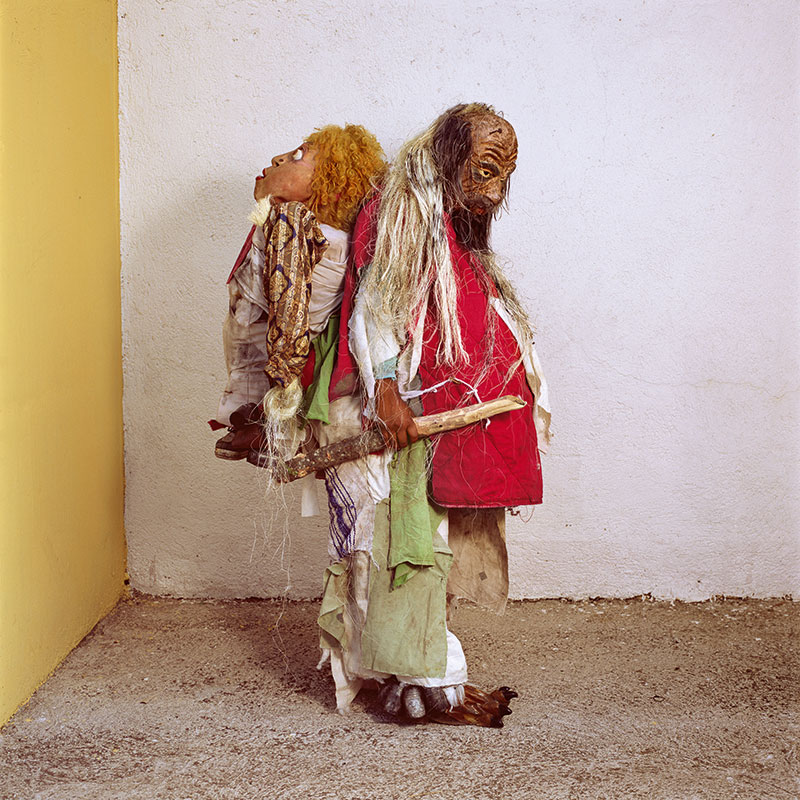 After appreciating so many images in which a human being’s most identifiable feature is hidden, it is arresting to see face gazing back at us. Compositions including Guadalupe with Woven Cora Bolsa, Nayarit (2012) attest to what we know: beneath the layers of fabric and makeup and props, beautiful and imperfect beings strive for connection to something more profound than what daily life offers. 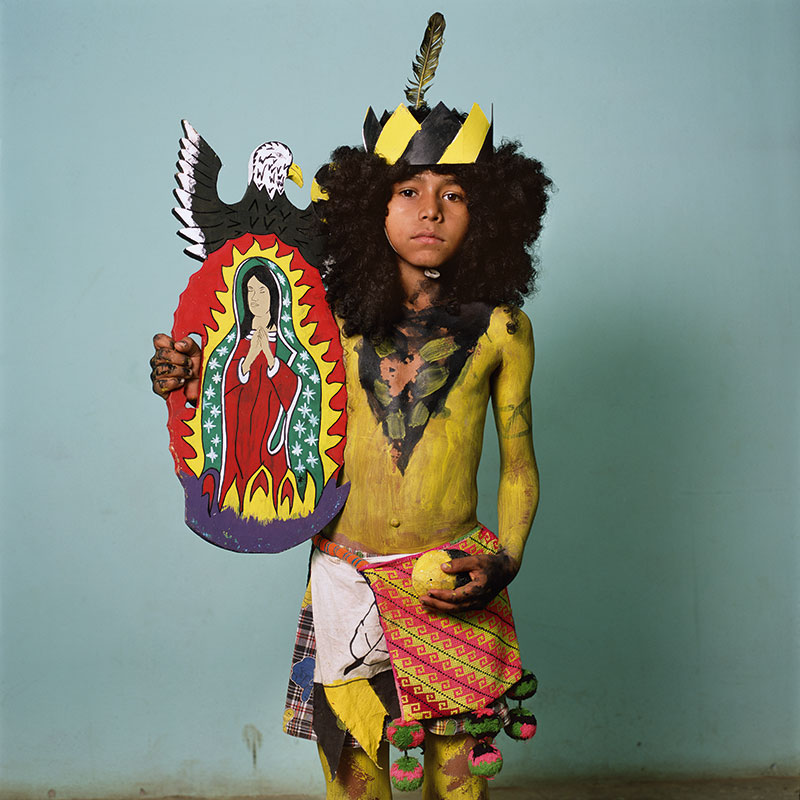 Galembo focuses on practices maintained in specific regions of the vast nation. Following an introduction written by Mexico City-based professor Sergio Rodríguez-Blanco, the volume is divided into ten chapters named for the locations Galembo visited (Oaxaca, Guererro) or the celebrations she witnessed (Carnaval, Xantolo, Semana Santa). Texts written by anthropologist George Otis, a long time Galembo collaborator, are brief and densely packed with details about the celebrations in which the sitters partake. Printed in Spanish and English, the descriptions serve as appetizers before the visual feast that unfolds throughout, and provide much-needed context for those readers who may never see Los Reyes Magos (Three Kings Day) celebrated by the Purépecha or, more broadly observed, veneration of the Virgen de Guadalupe. Otis’ writing starts to fill in educational gaps that are far too common in western textbooks, as the chapter “Semana Santa” demonstrates. “Holy Week” and other Christian celebrations were forcibly introduced to the Cora (Nayariite) in 1722. By 1767, when the Jesuits were expelled and the Cora reasserted their independence, the festival transformed into a reenactment of a Mesoamerican myth in which the forces of light and dark find balance, not a battle for supremacy as fundamentalist Christianity taught. 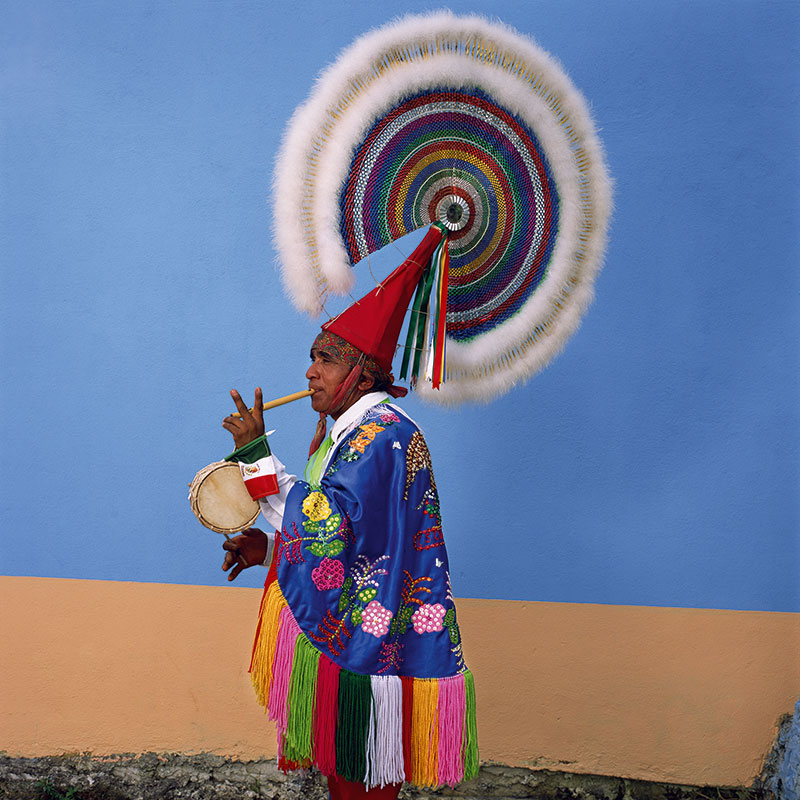 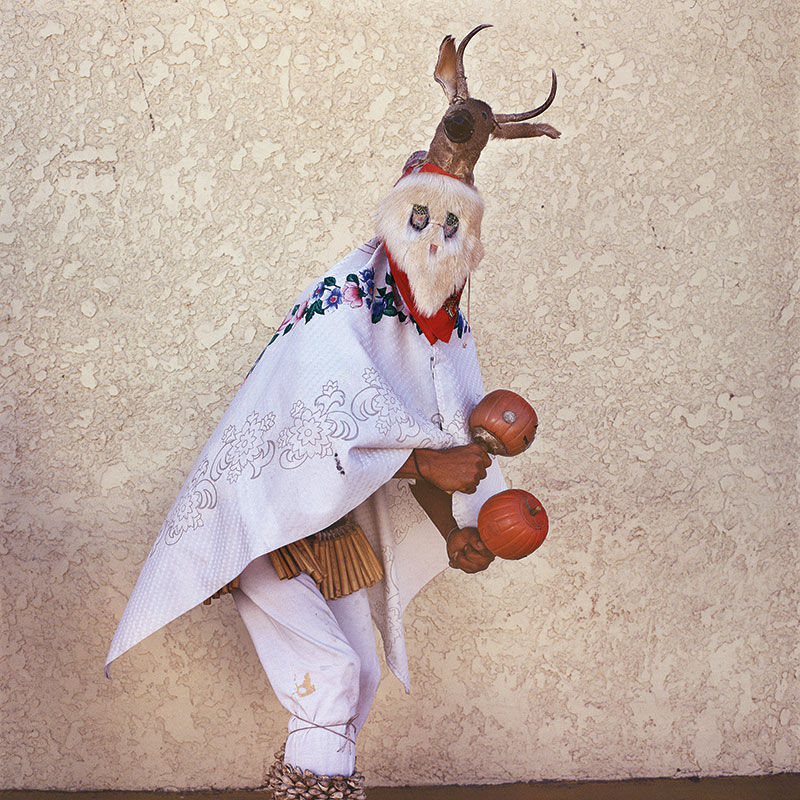 Ethnography and photography have a troubled relationship. Historical projects such as Edward S. Curtis’s recently exhibited The North American Indian (1907-1930) aligned with and reinforced a popular white settler narrative that Native Americans were not long for an ever-modernizing world. For Three New Guinea Men Painted White and Three Asaro Mud Men, New Guinea (both 1970) Irving Penn disregarded cultural context and the sitter’s right to self-definition by photographing them in his unremarkable “ambulent studio.” Galembo welcomes input from her sitters on how they are portrayed, interrupting the appropriating western gaze that situates non-western cultures as Other. Before the photographic work begins, Galembo absorbs as much information as can be found about each location and the celebrations or festivals held there, assiduously avoiding popular tourists sites. Though her offers of payment are often declined, the artist makes sure that her sitters are acknowledged for their time and participation. In the acknowledgments, Galembo notes contributions by individuals and organizations in and outside of Mexico, including the John Simon Guggenheim Foundation fellowship she received in 2014, that helped bring this endeavor to fruition. Her thanks reaffirm for readers that though it is Galembo who will be rightly praised for the work, the overall project is a collaborative one. 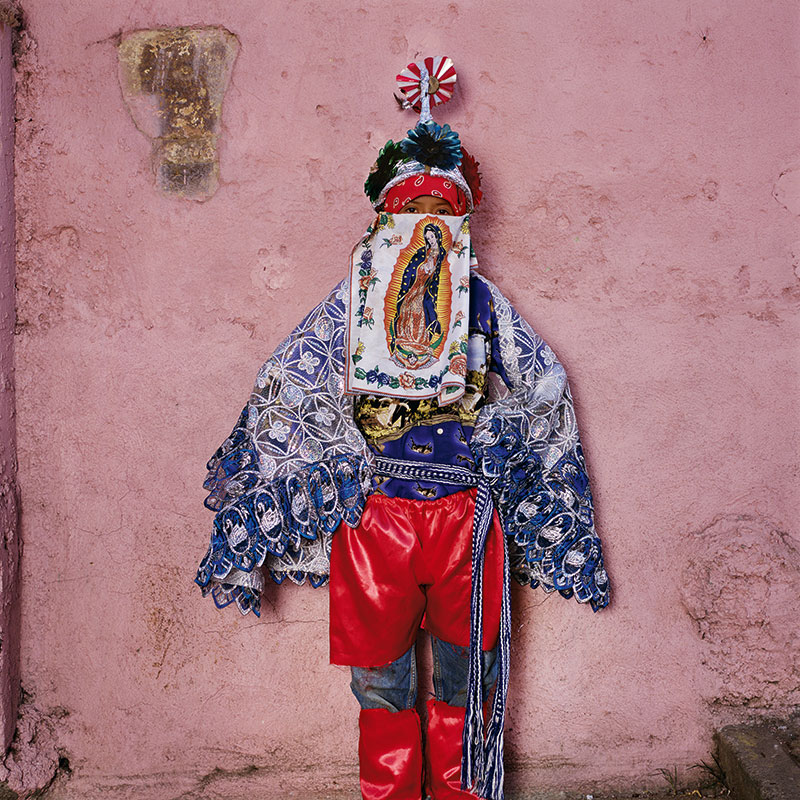 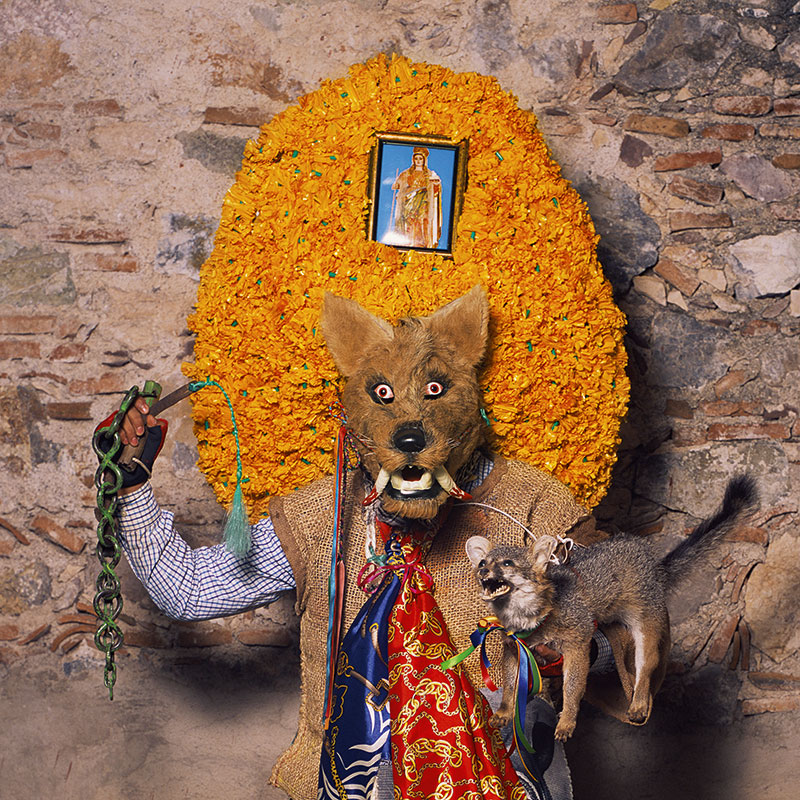 Mexico, Masks | Rituals is not a comprehensive photographic or ethnographic account of syncretic cultural practices. By centering their study on specific regional celebrations, Galembo and her collaborators provide a robust primer for studying the cultural consequences of colonization, and affirm a resiliency that defies hateful contemporary American political rhetoric. What we see and read in this elegant volume is a tantalizing hint of Mexico’s vibrant diversity. 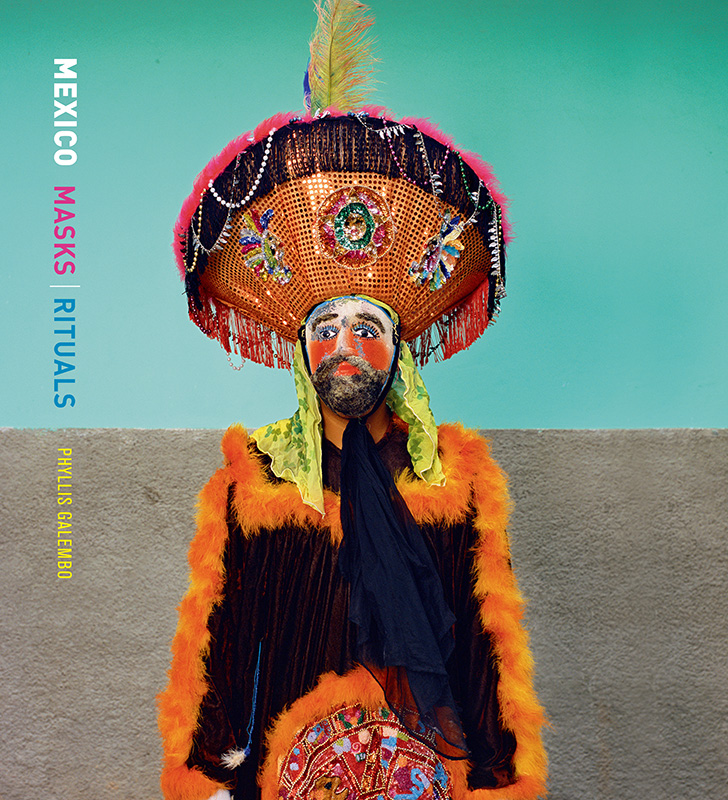 More information about Mexico, Masks | Rituals can be found here

All images courtesy of the artist and Radius Books.